When I ran into Mark Markel, president ofAnalysis Plus, at the 2007 Consumer Electronics Show in Las Vegas, he showed me a newversion of his Copper Oval-In interconnect, and mentioned that there was a new version ofthe Oval 9 speaker cable available. At the time, I didn’t think much of it -- mostmanufacturers are continually changing their product lines. I later realized that, withthe exception of one power cord a few years back, I could recall no other Analysis Plusproduct that had been revised since its introduction. This is unusual for a company manyof whose cable designs have been around for almost ten years -- a long life for anaudiophile product.

I probably should not have been surprised. In myconversations with Markel over the years, Analysis Plus seems to be an engineering-drivencompany that markets its cables as having "Scientifically Verifiable Quality."I’m guessing that when they do redesign a cable, it’s because they’vecontinued their research and development into improving their designs, their materials,and their manufacturing methods. The resulting cable will then, presumably, performmeasurably better than the one it replaces, and will not simply be a new version developedas a marketing ploy to sell more cables.

Still, I was a bit hesitant to review the Black Oval 9speaker cables and Micro Copper Oval-In interconnects, because I’ve been so satisfiedwith the performance of the original Oval 9 speaker cable and the more expensive SoloCrystal Oval interconnects already in my system. Although the new versions of these cablesmight measure better than their predecessors, I wondered if the differences would beaudible. I requested the Micro Copper Oval-In interconnect and Black Oval 9 speaker cableand endeavored to let my ears decide.

The Black Oval 9 speaker cable ($545 USD/8’ pair) isyellow and black, rather than the purple and black of its predecessor, but otherwise looksnearly identical. This moderately heavy, nine-gauge cable is somewhat flat: about3/4" wide by about 1/4" thick. Analysis Plus (AP) claims that the dielectric hasbeen improved, for a lower inductance and a faster risetime. The Black Oval 9 comesterminated with heavy-duty, gold-plated T1 spades machined from a solid block of copper;it can also be ordered with banana plugs or pins.

The Micro Copper Oval-In interconnect($315/1m pair) has high-quality, gold-plated, non-locking RCA connectors, and can beordered with Neutrik XLR connectors at no additional cost. It’s slightly less than1/4" in diameter -- skinny by audiophile standards, and much thinner than theoriginal Copper Oval-In. According to Mark Markel, the Micro is so much thinner because APhas used a single, relatively thin layer of Teflon rather than the two thicker layers ofthe original Copper Oval-In. Otherwise, the conductors and construction remain the same.The Micro, too, is said to have a faster risetime than its predecessor.

In its cables, AP uses a patented design of copperconductors braided so that their cross section describes a hollow oval. This is said toreduce "current bunching" and "skin effect," which AP claims causemeasurable distortion in signals transmitted by cables with conventional round orsolid-core conductors. Because of current bunching and skin effect, as the signal’sfrequency rises, so does the cable’s resistance to it, which distorts the signal. APused computer simulations to develop the hollow-oval design, which, they claim,distributes the signal more evenly throughout the conductor, meaning that resistance isnot affected nearly as much by the signal’s frequency, and this in turn results inlower distortion. You can read more about AP’s cable designs at their website.

These cables are not the most attractive productsyou’ll ever see, but they seem well made and are quite sturdy. The Black Oval 9,especially, feels solid and substantial while being relatively flexible. Due to itsthinner construction, the Micro Copper Oval-In is even more flexible, and can easily berouted behind an equipment rack full of tightly stacked components. Shrink-wrap with theAP logo and directional arrows cover the interface between the cables and the high-qualityconnectors to give them a tidy, professional appearance. The Micro Copper Oval-In andBlack Oval 9 aren’t cheap -- but they aren’t particularly expensive either,considering the relatively complicated construction of their unique geometry, andespecially by Ultra Audio standards.

I used a pair of Micro Copper Oval-In interconnects withRCA connectors between the analog outputs of my Pioneer Elite DV-45A universal player andthe inputs of the Anthem Statement D2 A/V processor I use as a preamplifier. Another pairof Micro Copper Oval-Ins, this time with XLR connectors, connected the outputs of the D2to a pair of Bel Canto e.One REF1000 monoblock power amplifiers. The Black Oval 9 speakercables connected the Bel Cantos to my Paradigm Reference Signature S8 loudspeakers.Although mine is a multichannel system, I used it strictly as a two-channel rig to reviewthe APs.

The first thing I noticed when I installed the Micro CopperOval-Ins and Black Oval 9s in my system was how clean everything now sounded. Not that mysystem had sounded veiled or congested before, but the imaging was now extremely precise,and there was a speed to the sound that enhanced the sense of pace. Sometimes a slighttendency to leanness can be mistaken for transparency, but that wasn’t the case thistime. The bass was still all there, but now it was surprisingly taut. The piano on"Oh Mary," from Neil Diamond’s 12 Songs [CD, Columbia 8296947762],is buried behind Diamond’s vocals and the acoustic guitars, but it was now moreeasily identifiable. Not only that, but it was now reproduced with very little of theblurring and overlapping of tones that can occur when reproducing a piano’s deepestsustained notes.

"The Barry Williams Show," from PeterGabriel’s Up [SACD, Geffen 0694935362], has an undulating bass line that isdifficult to reproduce. I have never heard it sound as well-defined as with the AnalysisPlus cables. This track’s muted rhythmic beat can sound dull and monotone throughlesser systems, but now it really came alive, as subtle changes in pitch becameperceptible. The faster, punchier beat of "Growing Up" was now reproduced withexcellent pace that had me dancing in my seat.

This newly clean, uncluttered sound was not restricted tothe bass. The midrange and treble were also now crystal clear, but still smooth andremarkably nonfatiguing. The APs’ pinpoint imaging allowed the voices of Gabriel andthe Blind Boys of Alabama to be placed precisely in the complex mix -- keyboards, guitar,percussion -- of "Sky Blue." The resulting soundstage was more expansive thanbefore, yet each instrument and voice was easily localizable in three-dimensional space.The acoustic guitars throughout Diamond’s 12 Songs were powerful andexpressive and never ceased to impress me as heard over the APs. On "Save Me aSaturday," each strum was well defined with a definite twang as each individualstring was struck. The vibraphone floated back in the soundstage, and Diamond’s voicewas placed directly between the two speakers. I enjoyed this album, produced by RickRubin, as much as any of the American recordings albums Rubin produced for JohnnyCash. Through the AP cables, Diamond’s deep, rich voice sounded absolutely gorgeous.

"All or Nothing at All," from Diana Krall’s LoveScenes [DVD-Audio, Impulse! 4400532479], is one of the finest mainstream recordings ofa female voice I have heard. With the Analysis Plus cables, I didn’t feel that I wasmissing anything from this amazing track. More than other recordings played through mysystem, it sounded as if a performer was actually situated in my room. The effect wasbreathtaking. Every one of Krall’s soulful little inflections was perceptible withthe APs in my system. I was even able to identify instances in which her voice was notquite as expressive as I would have liked. This did nothing to diminish my enjoyment ofthe recording. Instead, I reveled in the purity of the sound. There was still plenty toenjoy in Krall’s graceful interpretation, and Russell Malone’s guitar andChristian McBride’s standup bass sounded wonderful -- and even better on "IDon’t Know Enough About You." The bass was full-bodied, but had that sense ofspeed and control that defines well-recorded acoustic bass. The clarity of the sound alsobenefited from Krall’s lively vocal interpretation, which on this track is moreplayful and bouncy.

My reference cables for the past few years have beenAnalysis Plus’s Solo Crystal Oval interconnects ($550/1m pair) and the originalversion of the Oval 9 speaker cable ($439/8’ pair). I expected to hear a similarsound from the new AP cables, and I did. The clean, neutral sound I’d been longaccustomed to was evident with the new APs as well. What surprised me was just how goodthese moderately priced cables sounded.

The Black Oval 9 speaker cable had a noticeably moredetailed sound than its predecessor, but was still smooth and never fatiguing. Everythingsounded just a little clearer, which enhanced my system’s imaging. The two acousticguitars on "Tears in Heaven," from Eric Clapton’s Unplugged [CD,Reprise 096324502425], were now more clearly defined, the guitar on the right sounding asif situated slightly higher in the soundstage. Clapton’s voice was placed just to theright of center. On "Hey Hey," the lead guitar and voice were now nearly deadcenter, the voice set slightly back in the soundstage. The other guitar was placed firmlyhard left. With the original version of the Oval 9 speaker cable, these razor-sharp imagestended to blend slightly and seem less distinct.

If there was a shortcoming of the original Oval 9, it wasthat the abundant bass could sometimes be a little too much of a good thing, andnot as controlled as it could have been. On "Biko," from Peter Gabriel’s Shakingthe Tree [CD, Geffen 06949362829], the massive drum whacks were fully extended, butnot as quick or defined. Diana Krall’s voice on "All or Nothing at All" hadthe same sparkle, but Christian McBride’s bass was a little loose, which resulted inthe loss of some of the snap that had made it so lifelike with the Black Oval 9.

The differences between the Micro Copper Oval-In and thestill available but more expensive Solo Crystal Oval interconnect were less obvious. Thedetailed sound of the two cables was similar, but there were subtle differences. At times,the Oval-In seemed ever so slightly more transparent. It was more easily able to unravelthe densely layered percussion of Gabriel’s "Red Rain" and "The BarryWilliams Show." However, Gabriel’s voice on tracks such as"Sledgehammer" and "In Your Eyes" had more body and weight with theSolo Crystal Oval, but sounded just as sparklingly clear overall. The Solo Crystal Ovalalways excelled, with a solid, fleshy sound and a smoothness that did not sacrificedetail. It is definitely a superior interconnect. The new Micro Copper Oval-In seemedlacking only in comparison; it was an excellent-sounding cable in its own right.

Mark Markel says that these new versions of his AnalysisPlus cables measure better than their predecessors. That may well be. What I can tell youis that the Black Oval 9 speaker cable sounds much better than the original Oval 9,and that the new Micro Copper Oval-In comes close to the performance of the revered SoloCrystal Oval interconnect. Not only are these new products from Analysis Plus wonderfulcables, they also represent excellent value. 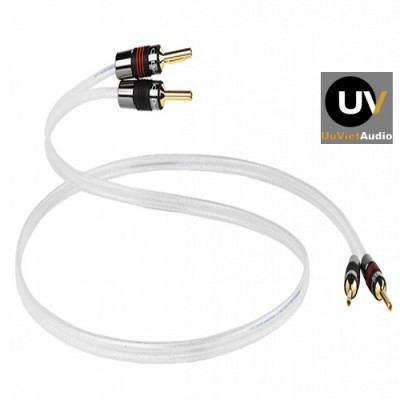 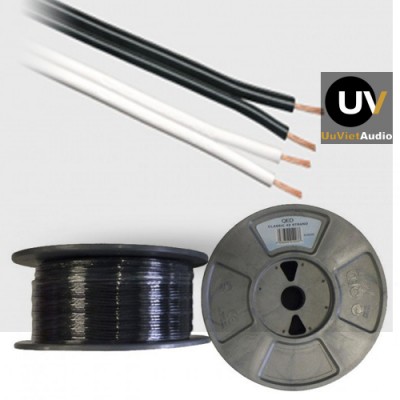 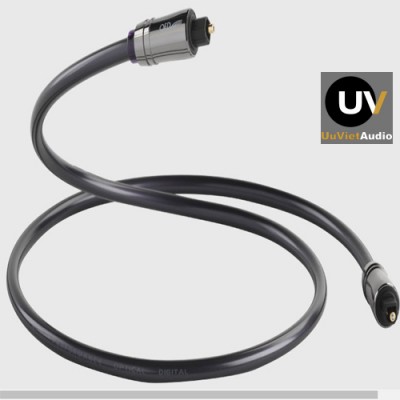 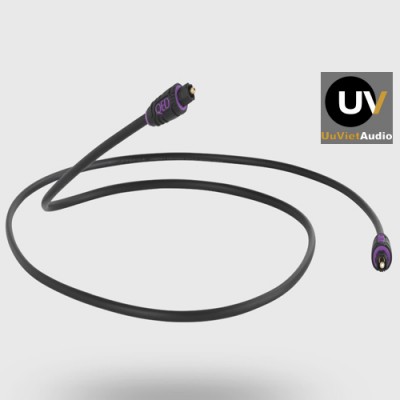 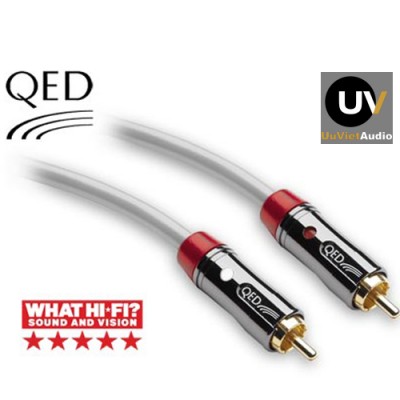 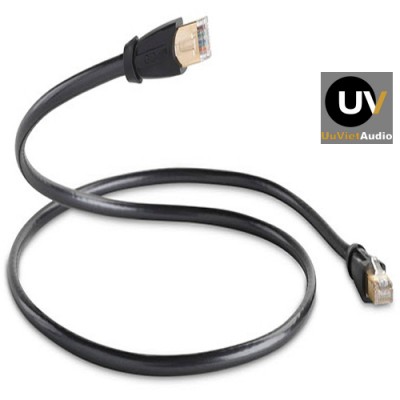 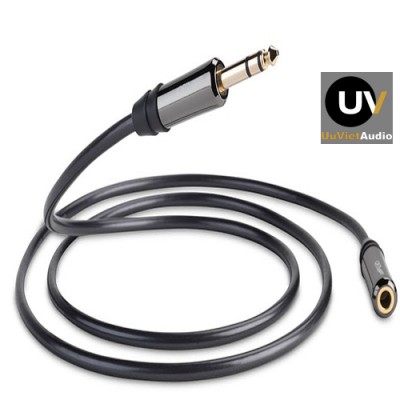